What Will You Lose When You Win?

Jarrod Brooks, winning arguments since 2003. Jarrod Brooks is my husband and he has won every. single. argument we have had since the day we got married. Now we are not a couple who fights, like real fights, we have had maybe seven fights in our ten years of marriage - MAYBE! What I am talking about are the Daniel not Stephen Baldwin starred in Paparazzi kind of arguments... you know the truly important stuff! I don't know how he does it but the man is always right! That is until last week! I was complaining to Jarrod that one of my medications is causing me to gain weight, since I don't actually feel like the medicine is doing any good I am going to ask my doctor at my next appointment if I can discontinue it. And in the mean time I will be sure to alert any and all people that it is the medication and not my obsession with Almond Joys that has led to this weight gain (really hoping this post goes viral, people need to know why there is so much more junk in my ever expanding trunk). This led to an on going argument that we have had for as long as I can remember. How five pounds does indeed make a huge difference when you are only 4'10". A normal ladies 15 pounds is the vertically challenged girl's 5 pounds, come on little people...you know what I'm talking about. Jarrod disagrees and thinks a few pounds is no big deal and I look great! So we argued for quite some time and then he said, "Ok fine, you're fat", and left the room. I called out after him, "Ha, I won, I'm fat!" Which is of course when I realized, did I win, really?! Is getting my husband to call me fat a win?

Before you blow up Jarrod's inbox with hate mail please know he does not think I am fat and is much nicer to me than I am. Good natured fun was had by all.

I do however have a problem that is much larger than my waist line. I like to win arguments and sometimes at far too great a cost. With my kids, sometimes. And at some point I realize I shouldn't be arguing at all. I am, after all, the adult. Whether I act like it or not. The mother. My need to prove my point just blinds me at times. 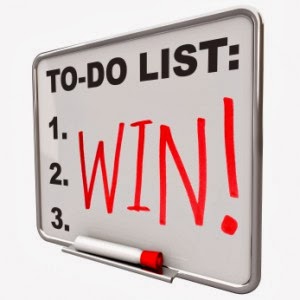 We do this with one another too. Don't we? We try to act like grown ups about it, we are a little more subtle. But we do it. Ok, I'll be honest, I do it! I think some of you do too. Then some of you are wise and mature and you don't fall into this trap.

The past 9 or so years have been HARD for us. The last 2 years, in particular have just about swallowed us up completely. We tread, sometimes the  tide bowls us over, we fight, we resurface only to tread again until the next big wave crashes in... I look for the "good" that God is bringing in all of this. I search the clouds for an ever allusive silver lining. Since it never seems to appear I feel the need to win at SOMETHING, anything. The only thing I have managed to come up with... "My life is more difficult than your life." I don't mean to think it, I don't mean to push it, and try to prove it. But there I am, trying to win the world's most ridiculous argument. Why my pain is worse than yours, why my kid's disorder is more disheartening than anything your kid is going through. How we suffer more, our struggle is harder. And when/if I manage a win, I find I have once again lost. Lost an opportunity show you compassion. I've lost some of your respect, at some point I'll lose the last of it. I have lost the grace I could be walking through this whole thing with. Nothing, and I do mean nothing has been won! I am working to break this cycle. If you catch me in the midst of this game try to cut me a little slack, or maybe smack me across the face. I'll grow up some day. I am almost sure of it.

I am linked up at: Here it on Sunday, Use it on Monday!, Motivating Monday, Miscellany Monday, Heart + Home, What He's Done Wednesday, Grace at Home, Faith Filled Friday, Friday Favorite Things, and Inspiration Friday